The Notorious "Can I Pass" Quiz 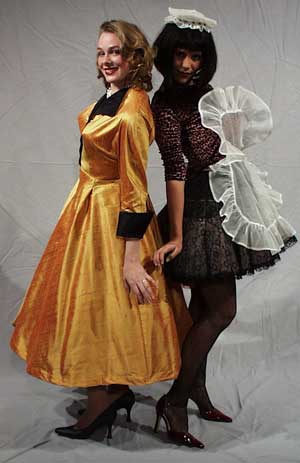 In the late 1990's I saw several quiz's on the now defunct Geocites hosting service about "passing" as a woman.  Unfortunately they seem to be mostly concerned with transvestites.

After I transitioned, I started in 2001 to develop a quiz for adult (age 18 or older) transsexual women who were considering transition.  The quiz was intended to give some indication of their chances of passing or being quickly "read" if they transitioned, whilst giving far less indication about their chances of passing long-term (e.g. at work) when many other hard to assess factors come in to play, such as dress sense, posture, mannerisms and social skills.  The quiz was also intended to be thought provoking for the participant, rather rather than a serious and accurate assessment tool.

Interestingly (or rather unfortunately!) it proved to be surprisingly difficult to develop the quiz.  Nevertheless the first version of the quiz quickly became very popular, although I was all too aware that it had many limitations.

Voice
The first big problem I encountered was how to include "voice" in the quiz.  The brutal reality is that a masculine voice is often a show-stopper for passing, Many transwomen of a very feminine appearance have a huge problem with their voice, e.g. when answering the phone.

Vocal training helps, but rarely enough.  Surgery on the voice box (laryngoplasty) is a drastic, expensive and not always successful option.

The vast majority of transgender women with a voice that's identified by strangers as being "female" began taking hormones or puberty blockers at an early age (13 or less), and so their voice never 'broke'.

Given all the problems, I soon removed "voice" from the quiz, and left it as an external potential show-stopper.

Age, Height and Hormones
In the early (c.2001) versions of the quiz I gave a large weighting to three criteria: age, height, and time on hormones.  I.e. a young and short transwoman who had been on hormones for several years was given a huge advantage over an older taller women who had just started hormones.  This caused a lot of feedback, a typical (paraphrased) email being:

"I'm age 54 and 6' 1" tall, according to your quiz I have no realistic chance of passing.  However I transitioned last year and know for a fact that I pass convincingly as an attractive woman.  Your quiz is clearly wrong.

I thus tweaked the scores, whilst also trying to allow for the situation where a 6 feet tall transwoman with little or no bust can potentially be the 'next top model' if she is 20 and had been taking female hormones since 17 - like Tula or Lea T.  Nevertheless, the negative feedback continued and with some reluctance I removed all scores directly related to age and hormone usage.

Familiarity
In recent years a vastly increased public awareness of gender identity  conditions has - for good and bad - made people far more aware of transsexual indicators, and thus successfully passing has become harder than ever.  Further, the rapid growth in the number of transgender people means that almost everyone now knows someone who is transgender.

In the 1990's a rather masculine looking woman would be given the benefit of the doubt, twenty years later people are much quicker to leap to the conclusion that she might be transgender.  The signs that are being subconsciously being examined have gradually moved on from major indicators such as voice, height and shoe size, to more subtle indicators such as jaw line, hands and hair .

As result, with each iteration of the quiz I had to include yet more attributes.  These were often interlinked or even contradictory, for example short blond hair can emphasise the femininity of some faces, whilst long dark hair works much better for other women.

The End
From the beginning the quiz had subjective element, but it also had a core of hard facts such as age, stature, weight and years on hormones.

After feedback (often harshly worded) I downgraded or removed these criteria but despite years of effort I have since found it impossible devise a revised quiz that when tested I consider to have a reasonable degree of accuracy and fairness.  I've arrived at the conclusion that it is impossible to incorporate all the complications in to a static quiz and therefore have deleted the quiz from this page.

What is required is a dynamic quiz with many complex rules, linkages and dependencies built-in, including the use of Artificial Intelligence to assess photos, videos and voice clips.  Sadly that is beyond my skills, although I would be happy to contribute and make constructive suggestions to anyone who wants to take on such a project.

A Final Thank You
Below is a montage of fifteen wonderful transsexual women from their 20s to their 60's who I used to test the quiz.  Many thanks to you all. 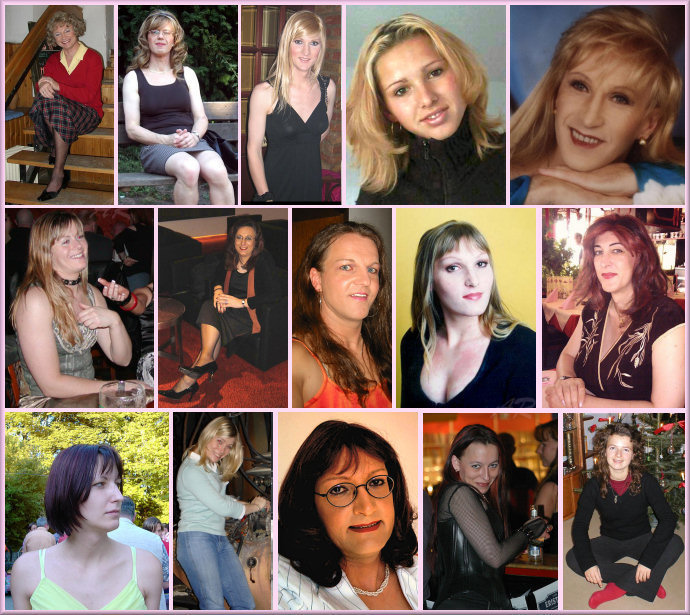