The Sexual Orientation of Transwomen 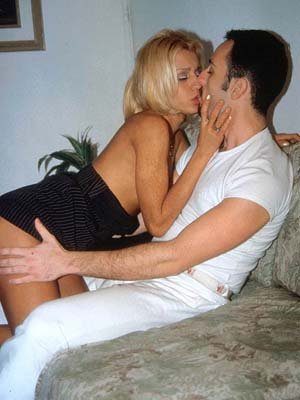 The story of Lee is an example of how complicated things can get.  Apparently a happily married young man he suddenly left his wife to transition as a woman, Leah.  She subsequently described herself as being a "hetrosexual woman with male body parts [whose] fantasies revolved around being sexual with men".  She then had GCS and extensive facial feminisition surgery, although it's not clear if she went stealth.  A few years later she married a man who had left his wife for her.  A decade later - now in her 40's - her husband outed him/herself as being transgender!  They divorced but nevertheless remained best friends and Leah accompanied her ex-husband, now called Anna, for her GCS. 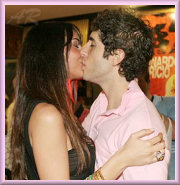 Feminine 'gay' boys often face huge pressure to admit to being transgender than homosexual.  The former condition has apparently become more acceptable than the later - reality television is probably a big driver in this regard.  In Iran, the extraordinary situation has arisen that homosexuality is illegal, instead the state will pay for sex-reassignment surgery!

The homosexual or transsexual debate often tore the transgender community apart in the early 2000's, in particular the theories of Dr Ray Blanchard, Dr J. Michael Bailey and  Dr Anne Lawrence caused extraordinary division.  A few examples that shows the gulf between theory and real life:

Ivy  was very confused about his/her gender as a teenager.  She began taking estrogen hormones and transitioned age 24.  After several dubious sexual encounters, she found a serious boyfriend who considered her to be "special", but wasn't sure about her "lack of breasts and a vagina".  In rapid succession Ivy had breast augmentation, a trachea shave and finally - age 26 - sex-reassignment surgery.  However, her boyfriend's initial delight with her neo-vagina quickly faded and he soon moved out of their apartment.  Ivy then found that she was no longer "special" but was competing for men with other women, and many CIS-women were simply more attractive than her.  She regrets her GCS but recognises that it's irrevocable, she is now undergoing facial hair electrolysis and seeking additional feminisation surgery that will hopefully let her live successfully as a woman for the rest of her live.

Claudia was age 18 when he began to occasionally dress for fun as a woman when going out to gay (UK slang for homosexual) night spots as he was often being mistaken for a girl anyway.  A few years later he met Martin ("a cross between Jesus and George Best") and eventually moved in with him.  Martin wouldn't admit that he was a homosexual man and Claudia felt pressurised in to becoming a woman in order to maintain the relationship.  Claudia said: "Martin slept with [other] women the whole time I was with him, and would say, 'If you were a girl, this wouldn't be happening,' and of course I believed him."  Claudia relucantly began taking female hormones, transitioned full time, and eventually - age 28 - had GCS surgery.  A year later Martin left Claudia.  She now regrets having GCS but continues to live her life as woman as it is physically impossible for her to revert to being a homosexual man.

Many young transsexuals enter into an intimate relationship as a girl with a heterosexual man long before undergoing any surgery. Unlike older transsexuals, the sexual orientation of young transsexual women (meaning those who transition and start treatment before age 20) is rarely in doubt, they are usually as fervently interested in boys as any teenage girl!

The girls desire to normalise her body and have vaginal intercourse often becomes a key driver for her seeking surgery as soon as possible.  Waiting to her 18th birthday before having sex-reassignment surgery - as is required by the Harry Benjamin International Gender Dysphoria Association Standard Of Care that most doctors and surgeons conform to - can be a bitter and sexually very frustrating test of endurance.

Maxine: "At age 14 I experienced my 'first time' while on holiday ... [he was] six-foot-tall, wash board belly, unbelievably sexy.  He chatted me up on the beach and we went to his hotel room.  He slowly undressed me.  It was beautiful.  There was nothing I wanted more that night than to be a whole woman."  A few years later Maxine had a relationship with a strongly heterosexual man: "Omar was a beautiful man but everything had to remain secret.  The first time was very sensitive - however he missed me not having a bosom.  He got a terrible complex, ... deep down he believed that I was really another man.  I wanted to be the perfect partner for Omar, and dreamt of us having a family.  I longed to be a woman, and as I fell in love with him I resolved that it was Maxine or nothing."  Sadly Omar soon moved on and  Maxine agonised over the next three years about her sexuality and gender before having SRS.

Tamalah, says "I knew from as early as I can remember that I was a girl.  I didn't consider myself gay, I considered myself a heterosexual female."  After she transitioned age 18 she was constantly being asked out by men and managed tio have a very active sex life even before her GCS - "I figured what they didn't know wouldn't hurt them".

'T' who transitioned in her teens and had SRS at age 17 says: "I'm all woman and enjoyed being [with my partner] because he's all man.  I'm more feminine than most women I know.  The fact I was born a man is just an inconvenient technicality."

Paris: My last relationship was a seemingly never-ending rollercoaster of orgasms so it’s not that I don’t enjoy a bit of afternoon delight. Or evening or morning delight, for that matter. Far from it.

It's the Hormones...
Research has found that genetic women who are at the most fertile part of their menstrual cycle (i.e. have high oestrogen levels) tend to be particularly attracted to men with strong masculine features (big muscles, square jaws, prominent brow...) which indicate high levels of the male sex hormone testosterone.  Those women who are in the low fertility part of their cycle prefer less masculine but often more sensitive and caring men - who tend to invest more in relationships and are more likely to make a sensible long-term mate.

Taking of birth control pill upsets this cycle and women on the pill (with raised oestrogen levels) tend to generally favour the more masculine face all the time.  There's an implication that the high oestrogen levels of a transwoman on female hormones may also tug her sexual attraction towards a male partner.

Additionally, pregnant woman apparently prefer glowing, healthy looking faces in their sexual partner - this appears to be caused by their raised levels of progesterone - which many transsexual women take in relatively high doses. 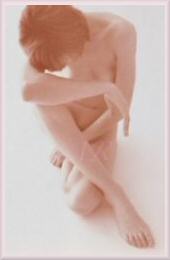 After my transition I had no sexual interest in women, and only a limited sexual interest in men.  My libido was very weak, presumably due to all the hormones I was taking.   However as time went on my passablity increased and I became increasingly frustated about my lack of intimenacy with a man.  A few one-night stands would have done wonders for my confidence as a hetrosexual woman!   This frustration went off the charts when due to a series of unfortunate events I had GCS just a few weeks before marrying my long-time boyfriend.

I subsequently participated in the development of a strategy for transgender youth (sadly never implemented) and observed a huge mix in sexual preferences.  However it seemed more than a concidence that all the passable transgirls were primarily attracted to men.  Teenage girls enjoy teasing guys, and transgirls are definitely no exception!

In regard to adults transitioning from male to female, over the years I've observed two distinct communities - those that are determinedly heterosexual (i.e. interested only in men) and those that are lesbian, but have occasionally had sex with a man to validate their womanhood.

I've encountered two post-SRS transwoman who admit to being autogynephilic, i.e. are sexually aroused by the thought of themseleves as being physically female.  One is still married to her wife, and the other  married a man many years after her surgery.  On balance, I suspect that the controversial autogynephilic theory has little relevance in regard to sexual orientation.